Judith O’Connor, an all-denominational reverend, empowerment coach and hypnotherapist, strives to help others realize their true potential and purpose. “Helping other’s to know the abilities they have to help themselves has always been my passion,” she said, and whether that means providing an alternative to the traditional therapy they have tried for years or meeting an engaged couple and writing their personalized wedding ceremony, Judith is succeeding in fulfilling that passion.

Kiss Your Therapist Goodbye: ASAP (A Self Awareness Program) was created by Judith to empower her clients with tools to “be an active participant in their healing and not feel victimized by their life experiences.” She believes that just as people can come to rely on prescription drugs, so too can they come to rely on a therapist, consistently treating the symptoms and often not addressing the causes. Judith does not discount the value of therapy for extreme cases including mental illness as sometimes prescription medications are necessary to correct chemical imbalances in the brain or to relieve other symptoms. However, “too often, too many drugs are prescribed to people who can follow a different path.”

The program teaches a process that includes reviewing life, releasing repressed emotions, forgiveness to self and others and gaining insight into lessons learned. The result is feeling empowered and able to take positive actions to bring about the changes they desire. “Live in faith and not fear,” Judith said. “Life isn’t always what we call “fair”; however we can look to the challenges, learn from them and often generate something positive”.

Scarlett Lewis exemplifies how, once empowered, one can create something positive out of even the most tragic occurrences. In December 2012, Scarlett lost her 6 year old son, Jesse, when he was killed at Sandy Hook Elementary. The Jesse Lewis Choose Love Foundation was started by Scarlett after that tragic event. Judith was her empowerment coach as Scarlett had gone through her Kiss Your Therapist Goodbye program . From this horrendous event and the message Jesse left on the kitchen chalkboard shortly before he died, “Nurturing Healing Love”, she created the Jesse Lewis Choose Love Foundation and wrote her book --Nurturing Healing Love: A Mother’s Journey of Hope & Forgiveness.   Scarlett not only acknowledged Judith in her book but also wrote the following testimonial about her work with Judith:   “Judith’s wisdom and teachings enabled me to overcome the greatest challenge of my life, the murder of my six-year-old son in his first grade classroom. Using Judith’s teachings helped me to choose love shortly after the tragedy and use the meaning of my suffering to help others. I am eternally grateful for Judith’s continued love and support. 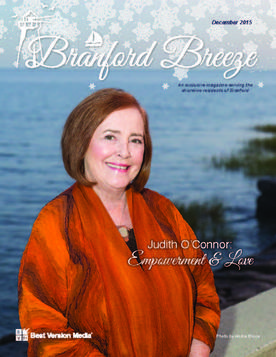 Judith celebrates her many blessings that include the opportunity to help others in such important and positive ways. Shoreline living, and visits from her grandchildren, ages six and nine, in addition to her work, allow her to “live in gratitude every day.”

To learn more about Judith, 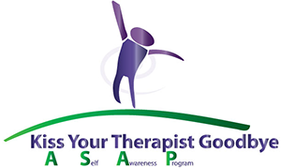 A  Self  Awareness  Program